First, can I just say, I love that blogging on WordPress is homework. I really can’t express that enough. There, now that I got that off my chest, I can focus on the assignment at hand.

Media is such an important part of today’s world. This is how we can connect to people face-to-face who are thousands of miles away. Actually, on WordPress, I have my very first WordPress friend and soul sister Bare Naked In Public from across the country in California. If it weren’t for WordPress, I never would have crossed her path.

I think it is so interesting how media lets people connect not just all over the United States, but all over the world. There are downfalls with that, however. What I’m going to talk about today is something so aggravating about media literacy that it really makes me question my faith in the new generations (including my own).

This annoying little grouping of letters is a way people used to type when I was in high school. Who knows, people may still type like this. Can I just take this time to say that it is super annoying to read? Not to mention, it also makes you look uneducated.

I know, I know, abbreviations are nice for texting and occasionally I will type “u” rather than “you” just for time purposes. But really when you think about it, how much time does it really take to type two extra letters? I think it takes more time to type the above disheveled mess of capital and lowercase letters and numbers.

Text abbreviations and strange cryptic typing were all the rage when I was in high school. I never really jumped on that bandwagon. You see, I love words. I love sentences. I love writing. So to me, it almost feels as if I’m cheating myself if I use handy dandy text abbreviations and odd character typing.

Like I said, a meaningless “lol” text to an acquaintance or “see u soon” to a friend you’re meeting with is acceptable to me. On the contrary, I would never be caught dead posting legitimate statuses, posts, or emails using that kind of grammar and spelling.

Let’s take a moment to discuss how media and technology influence our writing skills. Well for one, we’re now living in a world where our thoughts can be conveyed in 140 characters or less. Is that only scary to me?

I find that many people dislike writing. I’m one of those people who could never understand how someone could dislike, or even dare I say, hate writing. Maybe because we are conditioning our minds to think in 140 characters or less. But let me ask you a question. Would you hire someone who Typ3S
liiiK3 DiiiSs? I wouldn’t.

It’s a bit ironic because text abbreviations and cooky typing have become so relevant in the online writing world and I can’t stand it. Is it good or bad? I don’t know. Surely, I believe it sets the example for acceptable writing styles.
I was taught that if you want to be a good writer you need to read good writing.

That’s the problem today with online blogging – too many people can post whatever they want however they want to. Now, before you all go jumping down my throat for that one, I’m not saying it’s bad to have a platform to express yourself with in the way you choose.

My problem lies where people think opinions are credible sources and poor grammar is acceptable. After a while of using abbreviations, one might forget how to use words without their abbreviations.

Actually, the biggest proofing errors I come across while reading papers for peers is their lack of understanding when to use “they’re”, “there”, and “their”. “It’s”, and “its” are another common mistake along with “to”, “too”, and “two”.

This is basic grade school grammar and unfortunately it’s becoming a lost art. I attribute that to media and how we use it not only here in the United States, but all over the world.

If that doesn’t scare you, than maybe it’s becoming more and more acceptable across the board; kind of like how “ain’t” finally became a word and hearts became acceptable for the dot above the lowercase “i”. 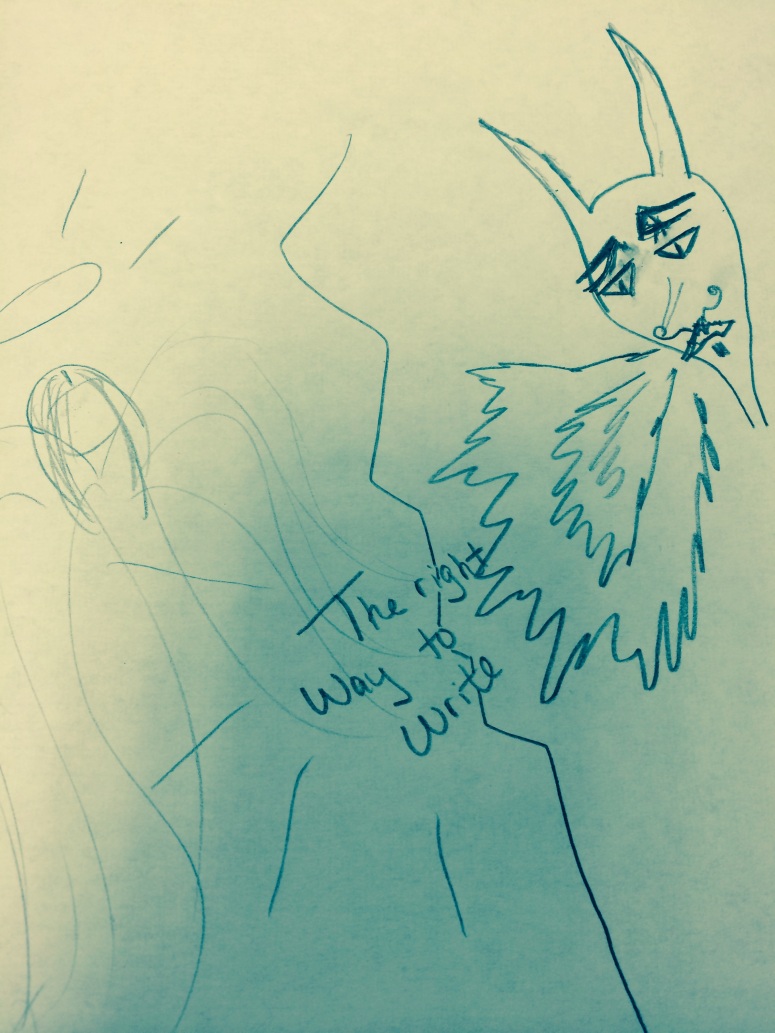 🛳🚢🛸 @jericho_cruise #aew #bashatthebeach #jerichocruise #jericho #lechampion #fozzy #cruiselife #rockingwrestlingrager
#guiltykiss #animenyc #javitscenter #familytime
After 2 missed flights, a missed yoga training, and a hotel debacle, I would do it all over again 10,000 times just to see my cousin and the love of his life on their special day. This was the most beautiful exchange of love I've ever witnessed. I knew from the moment I met her that she would be his wife someday. Congratulations!! May your lives be filled with happiness and blessings 🥂🎊❤💍👰🏽🤵🏼 #wedding #love #congratulations #family #mrandmrs #ido #beautiful #iloveyou #happy #blessed #marriage #cake #toast #celebrate #celebrationoflove
If anyone is interested in forming a group for our area, please rach out to me! #hongkongprotest #sept29 #hongkong #istandwithhongkong
The people of Hong Kong continue to amaze me. Unity. ❤🧡💛💚💙💜🖤 Imagine what we could do collectively.... If we could all put our differences aside and come together to make positive change for our world and for our futures. #hopeforhongkong #hongkongprotest #humanchain #istandwithhongkong #hongkong #unity #freedom #bethechange #cometogether #unitedwestand #dividedwefall #letschangeourworld
The world is hearing the millions in Hong Kong. Let's see what happens next. #hongkong #hongkongprotest #politicalpost #spreadingawareness #istandwithhongkong #bethechange